ITALY : Emma Marrone for Eurovision 2014 – according to Twittter? 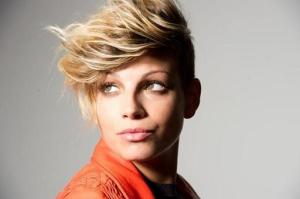 Italy – For months now it had been rumoured that former Sanremo Winner Emma Marrone would be representing Italy at Eurovision 2014. Remember that we had documented the Tweets between her and her Music Producer “Brando” – SEE HERE – well following a recent interview on “Radio Due” it has been reported by eurofestivalnews.com that Marrone will indeed be representing Italy at Eurovision 2014.

Brando has again taken to Twitter to retweet the breaking news from eurofestivalnews.com

So it looks as if Italy has managed to secure a major name for Eurovision 2014. RAI (Italian National Broadcaster) are still to make a formal announcement.

The Selection of Emma Marrone makes us VERY excited!