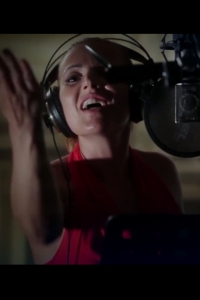 San Marino – According to Eurofestival News, the release date of Valentina Monetta’s song for Eurovision 2014 will no not be Valentine’s Day – February 14th. The site says that it is now more likely to be between the end of February and the beginning of March. As of yet there is no formal communication from SMTV (San Marino National Broadcaster)

What is the reason for this potential delay? Well according to the website this is due to the completion of Valentina’s new album that is hopefully being released before Eurovision and containing her contest entry. Recording is taking place between Monaco and Bavaria and there are allegedly several songs that Valentina and team are deciding on sending to the contest.

Valentina presented recently the stunning duet “A Kiss” which we expect to be on her new album. A song title that is being talked of for Eurovision is “Sensitivity”. Until Valentina’s song is presented, later than hoped, here is the video for “A Kiss” – performed with Joshua de Cadenéx. We have said for 2 years now that Valentina should stay true to her soul and jazz roots for Eurovision – hopefully this will be the year!