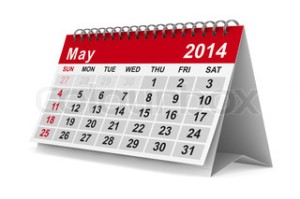 The EBU and Danish Broadcaster DR have conformed that the dates for Eurovision 2014 will be May 6th and 8th for the Semi Finals and then May 10th for the Grand Final. What can we speculate from the change in the provisional dates that were May 13th, 15th and 17th?

Well this to me sounds very positive for Herning and the Boxen Arena. As we had reported last week that the Dutch Orchestra Master,  Andre Rieu, had on his official website that he was playing the Boxen arena on Thursday May 15th – which would have been Semi Final 2 day. Could they relocate Rieu and his 60 piece orchestra? Well Boxen had provisionally say “yes” despite his concert having been agreed some time ago with the arena. Talk of relocating the Orchestral concert didn’t wash with us – and wouldn’t you know that the Provisional Dates are now changed to a week before the Rieu concert – Problem Solved. Or is it?

No matter how amazing the Boxen Arena is – and it is – you still cannot escape the fact that the city of Herning poses some logistical challenges for hosting Eurovision 2014. Accommodation will be tight with a lot of people not being able to stay in Herning itself. Therefore public transport will have to be bolstered considerably to ferry people from the arena to their hotel.

Secondly – Where will Herning host Euro Club and Eurocafe? My guess is that the Danes seem to like their tents – as the Copenhagen bid is centered on 2 temporary structures. Does creating a further 2 temporary venues plus a Euro Village make Herning a rather expensive option for the Danish Broadcaster? A Eurovision Stadium, 2 Euro social venues for Artists/Press and Fans and then a Village for the public – Herning may well be the intimate size of the Malmo arena, but the cost just keeps rising! 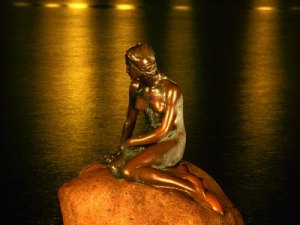 The Little Mermaid – Copenhagen looks like the possible host city for Eurovision 2014. Photograph courtesy of http://www.paintingsoncanvas.net

Copenhagen – Despite Parken withdrawing itself from the Copenhagen bid  – it still has many arenas that are more than adequate to host Eurovision. Accommodation is not a problem and venues for Eurocafe and Euroclub are at the ready.

Horsens – The offer of a converted prison would be unique for Eurovision and that is certainly what Denmark would like to show Europe. What Horsens has in its favor is that it regularly hosts major musical events in the venue and could easily erect a Eurocafe and Euroclub at little ease and cost. There is a consortium ready to pay and transform the old prison into a Eurovision Stage – all making financial sense. Yet again accommodation hinders this bid and it would be just like Herning on that front. 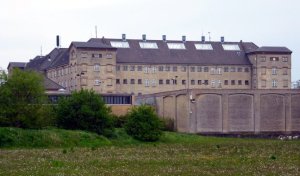 The change of dates of Eurovision 2014, now takes the pressure off Boxen Arena to find an alternative venue for the Andre Rieu concert – which was a logistical and legal minefield for them. which has to raise their chances again. Does the change in dates now change Parken’s decision to withdraw from the bid to host Eurovision 2014?