Day 5 here at the Malmo Arena for the 2nd rehearsals of the first semi final at Eurovision2013.

Well folks we are now in the official press centre. As usual there are a few teething issues but here at Eurovision Ireland we carry on with a smile (OK Garrett had a hissy fit so we got new internet cables 😉 )

Slovenia have swapped rehearsal slots with Austria so Hannah is up first. The staging is the same as the first rehearsal. I feel Hannah’s vocals are a bit ropey in places but she gets away with it due to the style of song. Can’t see this qualifying but she is great.

Same staging as before for Hannah. The vocals were improved from the first rehearsal but still some notes need attention. This will not be the opening song of the contest as Austria and Slovenia have swapped places for the day. Being the first real dance song of the contest, this will have the buzzed up audience on their feet. The presentation is slick but think this may be in the fight out for the remaining qualifying spot.

This is on first today as it’s swapped with Austria. A good lively performance which comes across a bit screechy and forced at times. Perhaps Hannah is trying a little too hard to please but she needs to relax through the song a bit more. I think this is still borderline qualifying for me. 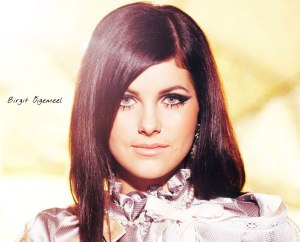 Birgit looks stunning in her long white dress. The black and white effects at the beginning are gorgeous and then the stage bursts into colour when she hits the first chorus. She is in good voice. For me this is a qualifier.

Birgit looks beautiful in her white dress and being 6 months pregnant is it true what they say – she looks radiant. The staging remains the same with the Black and White opening that bursts into colour for the chorus. Visually stunning but the song is not extremely memorable. I fear that this will not qualify from this tough semi final.

I really like the staging of this song, starting with the black and white footage then rolling out the colour. Vocally this is flawless for me and it’s a perfectly nice ballad but beautifully performed. I had it as a non qualifier before I came out and now its on the cusp I think.

Natalia’s staging is the same as her first rehearsal. This is a good song and she sings it well but in my opinion it is not a great opener, but due to the amount of female soloists in the first half of this semi it was probably the only one they could put in 1st place. I think she will qualify and she gives a good soulful performance.

Same staging and costumes as before and Natalia’s vocals were perfect. I still have the same concern about this song – that is that Natalia needs to vary facial expressions for this atmospheric song. It is still all Austria’s Next Top Model smiling and walking across the stage. Borderline qualifying

Natalie on for Austria and I think she is sounding more confident and as a result is coming across well vocally and on camera. Another well performed female ballad that has the bonus of a built to a crescendo before it tails off at the end. It could help it stand out among the others but I am not sure, borderline again for me.