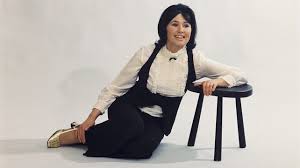 BIRTHDAY: Muriel Day from Ireland is 77 today* Some of you may only have ever seen contests in glorious colour. And the quality seems to get higher every year. A pity the songs don’t always follow suit. Although we take colour for granted now, it wasn’t always the […]

Ireland’s first ever female singer to represent the country at the Eurovision Song Contest (back in 1969) has returned to the Music scene. Muriel Day represented Ireland at the Madrid contest with the wonderful “Wages of Love”. Furthermore Muriel was the first Northern Irish Artist to represent Ireland […]