#POLL RESULTS – Best of Eurovision – your all time favourite from AUSTRIA!

Building on the success of our Best of the Big 5 series, Eurovision Ireland is broadening its search for your favourite entries from countries across the continent, spanning the contest’s entire back catalogue. We’ve covered the Big 5 and Scandinavia – and our penultimate stop on our tour […] 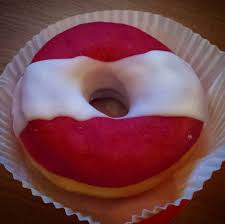 Today is the national day of one of Eurovision’s more interesting countries. Back on 26 October 1955, the Austrian Parliament declared the country permanently neutral. As a result, that anniversary became Austria’s National Day. To celebrate, let’s take a look at some of Austria’s entries in our favourite TV show […]

2014 saw the untimely death of Austria’s first ever Eurovision winner and legend Udo Jürgens.  Udo won the contest in 1966 with his classic Eurovision song ‘Merci, Chérie’. 1966 was his 3rd time to represent Austria at the contest in succession. In 1964 he came 6th with the song […]

Eurovision 2015 will be tinged with sadness. The terrible news came through yesterday that the first Austrian winner of the Eurovision Song Contest Udo Jürgens passed away. Udo won the contest in 1966 with his classic Eurovision song ‘Merci, Chérie’. 1966 was his 3rd time to represent Austria at […]

These “people of Qatar and Saudi Arabia were the financiers of ISIS” claims Eurovision Winner. In an article published today in Austria, there has been a call from the first Austrian Eurovision winner Udo Jürgens “We need to think about this issue…in relation to political events in recent times.” […]