#BIRTHDAY: Susanne Georgi from Andorra is 46 today Sisters seem to be doing it for themselves lately. We’ve had a run of female vocalists lately, which is in no way a bad thing. And from all corners of Europe. Do you remember Andorra? They took part six times, […]

#ESC23: Andorra Will Not Participate Next Year

#BIRTHDAY: Marian van de Wal from Andorra is 51 today We have some interesting matching of nations. Latvia and Burkina Faso. Ukraine and Congo-Brazzaville. And there’s today’s singer. Maybe not quite as exotic, but just as noteworthy. Today’s birthday girl Marian van de Wal is Dutch by birth, […]

#ANDORRA: A Possible Return To Eurovision In 2022

Susanne Georgi has been discussing the possible return of Andorran participation at the Eurovision Song Contest over recent months and news is looking positive. While the return is two year’s away, 2021 was considered too soon with the current Coronavirus pandemic – a decision shared by both Susanne […]

#ESC21: Andorra Will Not Be Returning

They weren’t due to be in Rotterdam this year and won’t be participating in Rotterdam next year – yes RTVA of Andorra have revealed that they are staying away from the party for yet another year. The RTVA press department had the following to say: “Ràdio i Televisió […] 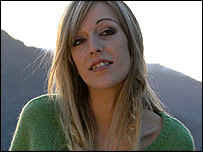 BIRTHDAY: Marta Roure from Andorra is 39 today You have to admire the smaller members of our Eurovision family. They must have something, as they usually conscript performers who don’t even come from those countries. That’s some pulling power. However, back in 2004 our friends in Andorra débuted […]

#BIRTHDAY: Gisela from Andorra is 41 today

BIRTHDAY: Gisela from Andorra is 41 today Happy New Year! And may your dreams for 2020 all come true. Whether it’s trying your first lobster thermidore, taking that trip to Funchal, or that [insert country here] wins the Eurovision Song Contest in Rotterdam on 16 May. But you’re […]

Are #ANDORRA planning a Eurovision comeback!?

Oh Casanova! You read it right! It’s the news that Eurovision fans all over the continent have been waiting and waiting for – after years of showing little interest in coming back to the contest, Andorra have announced plans to return to Eurovision!!! But before you get your […]