BIRTHDAY: Şebnem Paker from Turkey is 44 today The running order is always an interesting topic of debate. Is there a best spot to perform in if you want to win? Are there truly graveyard slots? Could a good song win wherever it appears in the running order? […]

#BIRTHDAY: Amila Glamočak from Bosnia & Herzegovina is 55 today Are you a fan of a ballad? They can be more heartfelt than a banger, but they’re not everyone’s cup of tea. There are many out there that are darn good, and should be in people’s all time […]

#BIRTHDAY: Regina from Slovenia is 56 today

#BIRTHDAY: Regina from Slovenia is 56 today Some think semi-finals are a 21st Century thing. But they go way back, well to the 1990s. In 1996 so many countries wanted to take part that there was an audio-taped pre-selection to cut it down to a mere 23 songs. […]

#BIRTHDAY: Maja Blagdan from Croatia is 53 today We’ve said it before, but some Eurovision performers can’t get enough of it. Some stop when they’ve finally made it to the bit time. Some just keep going… Maybe stopping at one appearance is the way to go. Today’s birthday […]

#BIRTHDAY: Constantinos from Cyprus is 44 today

#BIRTHDAY: Constantinos from Cyprus is 44 today Do you like it when singers try several times? Sometimes they can win on a second attempt. Sometimes they don’t quite do as well as their first appearance. Some even come back after a win. Today’s birthday boy Κωνσταντίνος Χριστοφόρου/Constantinos Christoforou […]

#BIRTHDAY: Bettan from Norway is 63 today

BIRTHDAY: Bettan from Norway is 63 today We have a real treat for you today. A legend of our favourite TV show. A massive name in singing circles, particularly in the Nordic world. And a former winner. And it’s definitely not Carola. Today’s birthday girl Elisabeth Gunilla Andreassen […]

#BIRTHDAY: Dan Ar Braz from France is 73 today It’s always good when we hear interesting and ‘minor’ languages at our favourite TV show. Sure, English is understood by a large amount of viewers, but you need to give credit to countries taking chances. Of course, between 1978 […]

#BIRTHDAY: Lúcia Moniz from Portugal is 44 today Portugal? Why have they only had one win? They have a Latin-based language so some nations can ‘sort of’ understand them. It’s warm and sunny, and who doesn’t love a bit of warmth and sun, especially if you’re northern. Aside […]

#BIRTHDAY: Gina G from the UK is 50 today

#BIRTHDAY: Gina G from the UK is 50 today If you were a Eurovision performer, eagerly awaiting the draw for the Grand Final, what would your worse fear be? Being on first? Being on last? Being on second maybe? I would wager your average performer wouldn’t know about […] 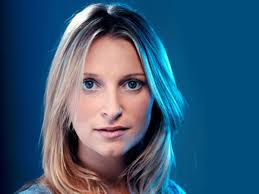 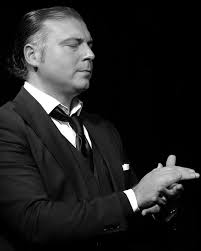 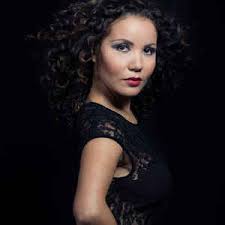 BIRTHDAY: Miriam Christine from Malta is 41 today Do you ever wonder how some people from one country end up in another? Or how someone’s parents got together, in order that someone has an unusual dual nationality? A certain Burkinabé-Latvian combination must be one of the most unusual. […]

BIRTHDAY: Ivo Linna from Estonia is 70 today Hooray! A big birthday! And a legend’s. Well, we think he is anyway. It’s from the time when a certain Baltic nation started to show us what it could via the gift of song. It’s a very important thing in […]