#THE REAL ME – Eurovision Memories from Bogdan Fedeles

Is there a song that really means something to you? Something that made you really fall in love with Eurovision? Something that you associate with a particular event in your life? In our ‘The Real Me’ articles, we get to the root of why we can’t get enough […]

#BIRTHDAY: Tó Cruz from Portugal is 53 today As you know, our friends in Portugal achieved their victory after the longest ever non-winning streak to date. They had tried everything since their début in 1964. Amongst Portugal’s notable achievements was sending the first black male performer in 1967. […] 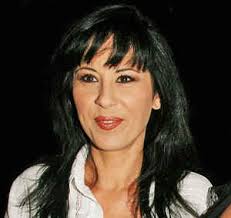 BIRTHDAY: Elina Konstantopoulou is 49 today Have you ever thought what the stars of Eurovision have to go through on the big night? Apart from the pressure of representing their country that is. Well, just spare a thought if you’re the last to sing in the Grand Final. […]

BIRTHDAY: Anabel Conde from Spain is 44 today Second, eh? Is there a more annoying position? Well, if you’re the home entry, then maybe not if you’re the host broadcaster. But if you’ve travelled half-way across Europe with high hopes, then finishing second and finishing sixteenth are about […]

RUSSIA: Philipp Kirkorov from Russia is 52 today Do you like it when someone’s called Mr Eurovision? Is it an overused term? Are the people who claim to have this title really deserving? Every country could claim to have one. Russia’s could be today’s birthday boy Фили́пп Бедро́сович […]