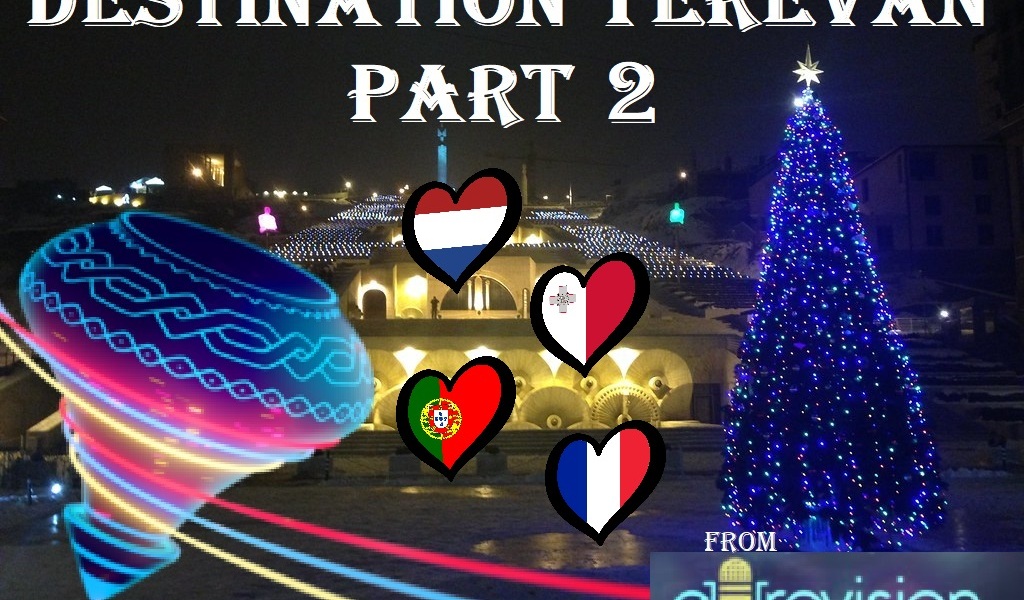 #JESC22: Eurovision Ireland reviews… Part 2 The 2022 Junior Eurovision Song Contest is fast approaching, so the EI team has looked at each of the 16 entries and voiced our opinions on which songs might do well. Here are our thoughts on the songs from France, Malta, the […]

He’s back! After a year of online schooling, social distancing and being a child during a global pandemic, Eurovision Ireland’s youngest contributor returns to give us his thoughts on the Junior Eurovision Song Contest 2021 – it’s our Junior Juror, Jack! James’ nephew is now 9, his favourite […]

#JESC2020: Staggy reviews… Part 4 Our mascot and esteemed colleague Staggy has reviewed the 12 songs taking part in the contest on 29 November, and now pits his three winners against each other. He also includes a wild card to make it an even four songs. Which are […]

Over the course of November and on the lead up to the 2020 Junior Eurovision Song Contest, we will be celebrating the countries that have participated at the Contest. Today, we celebrate The Netherlands. The Netherlands debuted at the inaugural Contest in 2003, in Copenhagen, Denmark. Roel finished […]

#JESC2020: Staggy Reviews… Part 1 Our mascot Staggy wanted in on the action for Junior Eurovision. So we let him review the songs as only he can. As he’s only little, he split them into three groups. His favourite goes through to a final. Belarus – A very […]

#JESC20: Behind The Scenes With Ukraine, The Netherlands & Spain

Over the course of this week, junioreurovision.tv are releasing some behind the scenes footage of recordings of all the participants performances. Everyday, we will bring them to you all in one place. Today it’s the turn of Ukraine, The Netherlands and Spain. Ukraine The Netherlands Spain Join us […]

Even before the 2020 Junior Eurovision Song Contest has taken place, one country has already confirmed participation at next year’s edition. That country is The Netherlands. After Junior Songfestival had taken place last night, AVROTROS opened the submissions process for next year’s national selection. Those that wish to […]

#JESC20: The Netherlands To Be Represented By Unity With “Best Friends”

Unity have been chosen in The Netherlands to represent their nation at the 2020 Junior Eurovision Song Contest. Unity will be performing their entry “Best Friends” at the Contest. You can watch the official video of “Best Friends” below: Due to a positive Covid-19 test, Unity group member […]

#JESC20: 13 Countries To Participate In Warsaw

The two juries that will be used alongside the public voters in this year’s Junior Songfestival have been revealed. The adult jury will consist of Duncan Laurence (Winner of Eurovision 2019), Ronnie Flex (Rapper) and Emma Heesters (Singer, Songwriter & YouTuber). The kids jury will consist of Matheu […]

Since Tuesday and concluding yesterday, all four of this year’s Junior Songfestival entries have been revealed by the official YouTube channel on a daily basis. Here are the four Dutch Finalists: T-Square – “Count On Me” Jackie & Janae – “It’s You & Me” Unity – “Best Friends” […]

The song titles for this year’s Junior Songfestival finalists have been revealed. They are: Unity – “Best Friends” Jackie & Janae – “It’s You & Me” T-Square – “Count On Me” Robin – “Mee (Along)” Furthermore, Junior Songfestival have started to reveal the songs via their YouTube page […]

The Final of this year’s Junior Songfestival in The Netherlands will take place on Saturday 26th September. The venue will be the Rotterdam Ahoy, however no audience will be allowed in. This may be seen as a test ahead of next year’s Eurovision Song Contest. When it comes […]