Earlier this evening, it was revealed that Rotterdam and Maastricht are the final two in the race to host the Eurovision Song Contest in the Netherlands next year. Sietse Bakker, the Executive Supervisor of the 2020 Contest, had the following to say: “All the cities and venues have […]

#BIRTHDAY: Marcha from the Netherlands is 63 today

BIRTHDAY: Marcha from the Netherlands is 63 today If you recall, we’re off to the sunny Netherlands for the Eurovision circus in 2020. They were trying for over 40 years between wins, and it shows that persistence eventually pays off. Of course, we have a rich vein of […]

Here is the first of our “Languages” articles, where we examine the use of different languages used at the Eurovision Song Contest. Up until the late 1990’s, it was normal for the home language to be used by participating nations. The first language sung at the inaugural Eurovision […]

#BIRTHDAY: Heddy Lester from the Netherlands is 69 today

BIRTHDAY: Heddy Lester from the Netherlands is 69 today Dutch? You want Dutch? Of course you do. They’ve got lots to choose from, and four five winners. So it’s nice to dip into the Dutch pool of birthday talent from time to time. Today we go back to […] 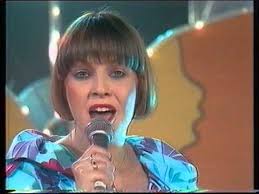 #BIRTHDAY: Linda Williams from the Netherlands is 64 today

BIRTHDAY: Linda Williams from the Netherlands is 64 today We continue our brief sojourn into the world of Benelux today. It was once a powerhouse of song, but since got overtaken by places further north, east and south. However, with so many song to pick from, there are […]

Great news for the UK Eurovision fans! Duncan Laurence (winner or the Eurovision Song Contest 2019) will concert in London on the 3rd of December as part of his European Tour. The concert was initially set to be at Oslo Hackney, but due to the increased demand the […]

# Eurovision 2020 : Does the host city have to be the host country’s capital?

So, it’s only been just over a week since The Netherlands took the Eurovision crown and the hosting responsibility passed over from Israel to this beautiful country . There has of course, since then been a lot of speculation about which city the Dutch will pick as host […]

#Eurovision: Back to 44 years ago : How would Duncan’s Eurovision experience have been if he had competed in 1975 ?

Well, as we all know by now , The Netherlands achieved their much awaited 5th win after 44 years of trying , with the closest they got to breaking that long wait being back in 2014 being when The Common Linnets came 2nd with “Calm after the Storm […]