BIRTHDAY: Phil Coulter is 77 today Today’s a different birthday. It’s not always about the singers, although they’re the people you associate with any given song. There’s a whole team behind them. We shouldn’t forget that our favourite TV show a songwriter’s contest. So today it’s the birthday […] Within the last week, we have seen news that confirms at least one non-debutant and one non-returnee. A few week ago, we looked at the possible debutants at the Eurovision Song Contest in Israel next year. We can now confirm that Liechtenstein are very unlikely to be there […]

This week as a one off, #WinnersWednesday is on a Sunday – after many winners have been crowned in various sporting events this weekend. This week, we continue to look back at past winners from the Eurovision Song Contest. This week, we will be casting our eyes over […] 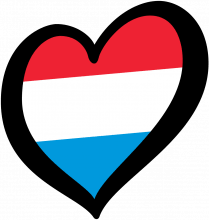 Every Monday for the next few weeks, we will be looking back at former participating nations at the Eurovision Song Contest. This week, we look back at Luxembourg, a country that competed 37 times – the last in 1993, when Eastern expansion started to take place. Luxembourg debuted […]

In a new series of articles, we look at what happened at the Eurovision Song Contest and Family of Events #OnThisDay. Today is 7th April 2018 and we have a special anniversary for Luxembourg. 7th April 1973 – 45 Years Ago Today On this day in 1973, the […] 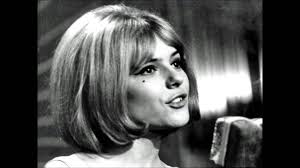 FRANCE GALL: A legend of Eurovision

France Gall, who won the 1965 Eurovision Song Contest, has died aged 70. She had been ill for some time, and was undergoing treatment in Paris. Fans of Eurovision will know her for representing Luxembourg in 1965, when the contest was held in Naples. Her song ‘Poupée de […]

#EUROSTARZ 2017 – Get your tickets before they’re gone!

Not long now until August 19th and the return of EuroStarz! This star-studded concert, being held at the Star of Kings in London, is sure to provide all us fans enduring the summer slump with a much needed shot of Eurovision fun! Haven’t got your tickets yet? Fear […]

Eurovision 2018 might still feel a long way away, but fear not! EuroStarz is coming back to London this August to break the Eurovision-less summer slump with a concert of stars from our favourite music contest! After taking part in last year’s hugely successful first concert, Eurovision heart-throb […]

No, don’t get over-excited. You didn’t miss any announcement. It’s still only 43 countries heading to Kyiv. But last week, here at EurovisionIreland.net we posted a poll to ask which country you’d like to see be the 44th contestant for Eurovision 2017. And the results are in! We […]

We’ve all celebrated well all of the anniversaries that have cropped up over the years. In London last year we had the gala night to celebrate 60 ESCs, before the 60th ESC had actually taken place. We’ve even just had the 61st Contest. Preparations are now in place […]

The OGAE clubs around Europe continue to call in their votes. If you’ve been following them, you’ll know that 34 have already called in their votes. Today it was the turn of OGAE Finland and OGAE Germany. Will their votes make a difference? Let’s look at the votes […]

The OGAE clubs have been busy little Riga Beavers, casting their votes on their favourite songs in the 2016 Eurovision Song Contest. We’ve already had votes from 31 and we’re beginning to see patterns in the voting. Three more have now cast their votes – Belgium, Ireland and […]