#BIRTHDAY: Maria Olafs from Iceland is 28 today We all know those semi-finals can be bloodbaths. Yes, each song may have a better than average chance of qualifying but it can still be brutal, knowing your quest for glory could end rather ignominiously on a Tuesday evening. It […]

#BIRTHDAY: Lucie Jones from the UK is 30 today

#BIRTHDAY: Lucie Jones from the UK is 30 today What do you think of the Big Five? Should they get an automatic place in the final, or should they have to go through the semi-finals like the rest of us? It’s true that the Big Five do have […]

#BIRTHDAY: Christine Guldbrandsen from Norway is 36 today Do you miss countries singing in their own languages? Or do you like the songs in English so you know what the performers are singing about? Our friends in Norway have – on the whole – stuck to English since […]

#BIRTHDAY: Bobby Solo from Italy is 76 today That thing where you get to represent your country must be great. Although you never get to take a trip abroad. Unless you’re a false flagger that is. You’re in luck, we don’t have a false flagger today. The Sanremo […]

#BIRTHDAY: Sandhja from Finland is 30 today

#BIRTHDAY: Sandhja from Finland is 30 today The Eurovision fortnight can be a long two weeks if they don’t quite go your way. You turn up in the host city a long time before the big Grand Final, and you have to hang in there till the end. […]

#AZERBAIJAN: Efendi reveals her song for Eurovision 2021 We know Efendi is singing Mata Hari at the 2021 Eurovision Song Contest, but Azerbaijani broadcaster İctimai Television has been keeping the official release of the song under wraps until now. However, at the formal presentation of the songs at […]

#BIRTHDAY: Mariza Koch from Greece is 76 today When you look at how some countries are performing these days, it’s often good to see how they got to where they are. It can be surprising. When you think of Greece, you might think of the 21st Century when […]

#ICELAND: Daði reveals song for Eurovision 2021 It may have been leaked online, but Daði FreyrPétursson and his pals Gagnamagnið have officially revealed the song hoping to get Iceland its first win at the Eurovision Song Contest. It’s called 10 years. And here it is… During the presentation […]

#BIRTHDAY: Rykka from Switzerland is 35 today

#BIRTHDAY: Rykka from Switzerland is 35 today Do you like it when we see people from outside Europe (or, since 2015, Australia), taking part in our favourite TV show? Do you want to see the best singers, wherever they’re from? Or should they just be European? Of course, […]

#BIRTHDAY: Sarah McTernan from Ireland is 27 today You have to feel for Ireland. Remember those heady days of the 1990s when RTÉ were being slowly and painfully bankrupted. Irish singers could do no wrong and it was a good time. Fast forward to the 2010s and it’s […]

#BIRTHDAY: Miro from Bulgaria is 45 today

#BIRTHDAY: Miro from Bulgaria is 45 today Those countries after their maiden win must look with a bit of envy to those ‘newer’ countries that already have them. There must be a secret formula, they cry. There is: simply enter a decent song with widespread appeal. Our friends […]

#BIRTHDAY: Jakob Sveistrup from Denmark is 49 today We all love our Eurovision stars for their music, but many have other strings to their bow. That is, outside of the music industry. They’ve come from many different backgrounds, from dentists to politicians. Today’s birthday boy Jakob Sveistrup was […] 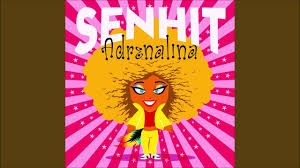