Tonight we have the Semi-Final of Moldova’s “O Melodie Pentru Europa” 2017, the show that selects their representative for Eurovision Song Contest.

The Semi-Final is forecast to last about 2 hours and 20 minutes, so sit back and relax, get a coffee (if you like) and snacks while James and Bogdan #JAMDAN from EI do all the work for you. Feel free to tell us what you think and give us your opinion about tonight’s show. 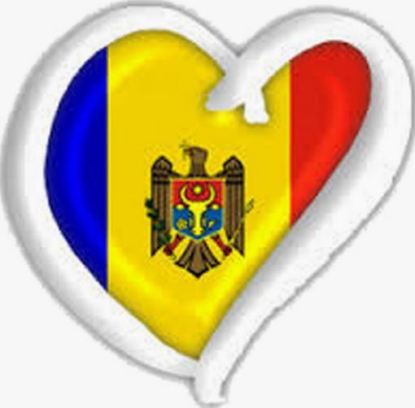 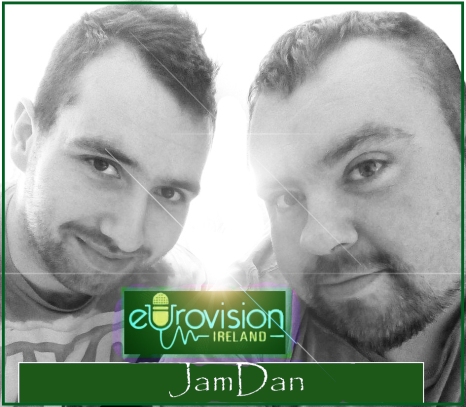 You know the drill: Just refresh this page to get our comments and points of view.

14 singers will compete tonight for a chance to get a spot in Tomorrow’s Final of O Melodie Pentru Europa. Out of all, only eight will qualify for the final.

The acts competing tonight are:

JAMES: Bună seara Europa și bună dimineața Australia! We’ve got about 10 mins to go till the show starts live in Chişinău! We’ve already had a listen to the songs, and you’re in for a real treat tonight! So check back soon! 😀

JAMES: And we’re off! 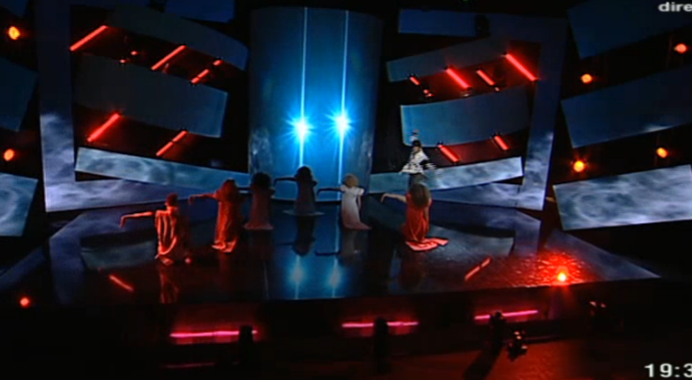 BOGDAN: Yes we are! We’ve opened with a really cool dance number

BOGDAN: That was cool. Here are our hosts for the evening.

JAMES: Now that’s what I call a dress!!

BOGDAN: They are talking about Dragobete, a celebration like Valentine’s Day celebrated in Romania and Moldova. That’s why we have all the folkloric elements and hearts on stage.

JAMES: They’ve invited us to comment on their Facebook page to let them know what we think – wonder if they’ll give a shout out to #JamDan?

JAMES: They’re also explaining the voting. The public will have a 15 minute window to vote for their favourites BOGDAN: Just remember, you can only vote once from any phone number!

JAMES: I think our host was in the Green Room last year…

BOGDAN: I think you’re right… this year they have Felicia Dunaf in the Green Room, who was a contestant in last year’s O Melodie Pentru Europa 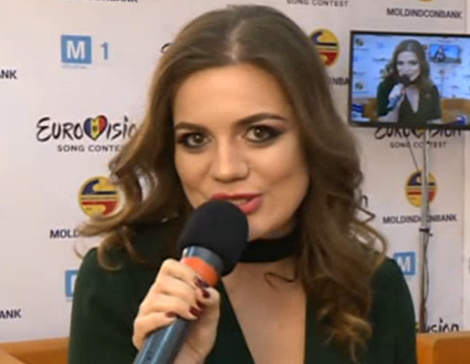 JAMES: We’re being introduced to tonight’s jury, who will get a 50% say in who goes to the final

BOGDAN: They’ll also do this for tomorrow night’s final

BOGDAN: And we’re back! Now it’s time for the 1st act. Vozniuc and Vio Grecu  who are telling you, “Don’t Lie”!

BOGDAN: I think it wants to be quite dark and heavy rock

JAMES: I like it, it’s a bit of a different sound for Eurovision

BOGDAN: Of course you like it, you love rock!

JAMES: I’m quite impressed with the stage in Chişinău tonight!

BOGDAN: So am I! I think this song could do well in Kyiv. I’ll give it a 7 and say it will definitely qualify.

JAMES: Ditto. An 8 from me. Emilia Russu is up next, for her 2nd try at the Moldovan selection

BOGDAN: She’s singing “If Only You,”

BOGDAN: Another quite rockish song tonight. She definitely has a strong voice

JAMES: The female power ballad is a Eurovision institution, so it could do well

JAMES: Ouch… I’ve not heard that note before! I’ll give it a 7, very likeable entry

JAMES: Sandy C is showing us “A Beautiful World” now

BOGDAN: I bet she can see it from up there on her pedestal! 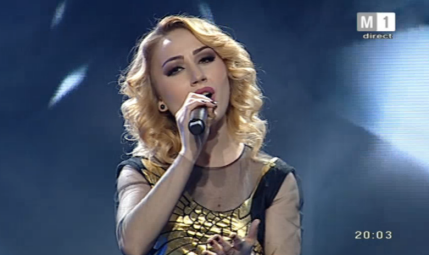 BOGDAN: Reminds me of a calmer version of Ukraine’s Sweet People from 2010. A 6 from me

JAMES: 7, it was a very competent performance and I liked her style

BOGDAN: Let’s have a listen to “Freedom”…

BOGDAN: She’s reminding me so much of Ira Losco with that beach!

JAMES: And that hood! 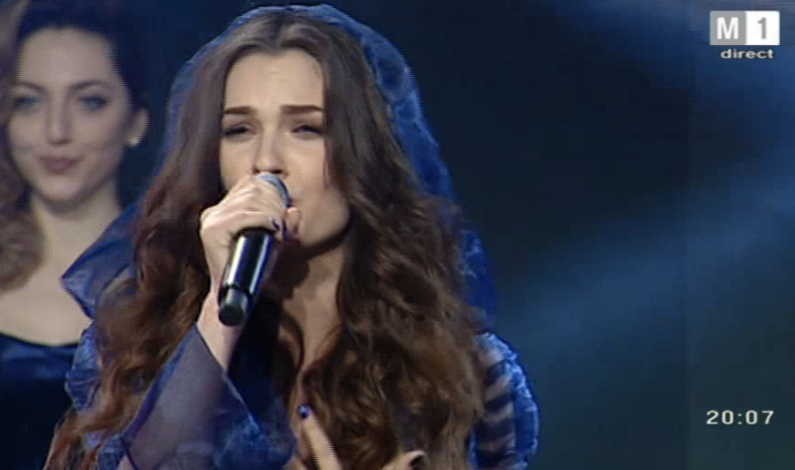 JAMES: Agreed. Shame the song doesn’t show off her vocal talents very much…

BOGDAN: It doesn’t, which is a shame…

BOGDAN: Love was only a game for us

JAMES: Almost! Need to work harder on my Romanian!

BOGDAN: He’s not doing a great job connecting with the audience… he hasn’t opened his eyes once!

BOGDAN: I’m not liking this…

JAMES: I want to like it, vocally it’s really strong but yeah… very disconnected from the cameras and audience… a big no-no at Eurovision!

JAMES: For the song, I give it 6. I do love a ballad in a language other than English, but yeah.. he should have connected with us all a bit more!

JAMES: Wonder if we can get sponsorship deals doing these blogs? Any offers, leave them in the comments! 😀

BOGDAN: That was a short ad break! We’re in the Green Room now

JAMES: I’m really looking forward to our next act, I think they might be one to watch to win the whole thing!

BOGDAN: Ethno Republic & Surorile Osoianu! My favourite song in the contest tonight and would make a great choice for Moldova at Eurovision 2017. They sing about the beauty of their country and it’s a great way to showcase the country

JAMES: We know we’re suppose to remain neutral, but I think you can guess who we want to win 😉

BOGDAN: They said they want you to “Discover Moldova” with them! 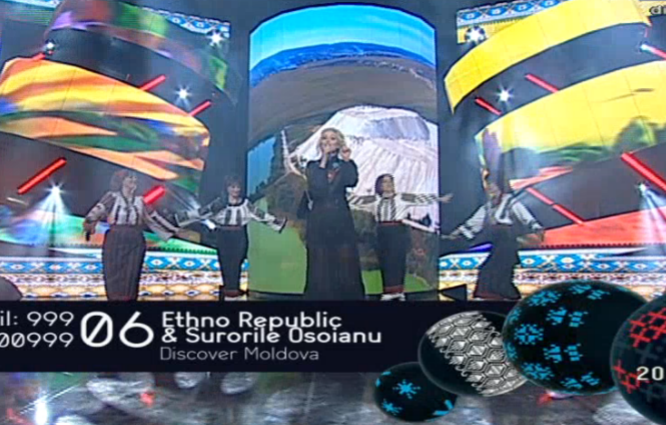 BOGDAN: You just can’t help but smile listening to this song!

JAMES: I love it, it’s FANTASTIC!

BOGDAN: Marks & Stefanet want to “Join Us In The Rain” now!

JAMES: I like it, it’s simple but it works. It’s Eurovisiony, without being like a slap in the face

BOGDAN: Shame there’s not really any chemistry between the singers… they’re singing to us, not to each other

JAMES: Not everyone can be all over each other like Monika and Vaidas 😛

JAMES: The song is great, the staging needs some work though… it’s not Molitva! 7 from me

BOGDAN: He has really great vocals… some bits of it really work well, I like the flute

JAMES: For me, his voice is great, but the subject matter is a bit odd…

JAMES: 6 from me for the voice

BOGDAN: Was that your big flash sound, James?

JAMES: Who is dressing the singers tonight?

JAMES: Ballads are very much in vogue this year

BOGDAN: Reminds me a little of Helpless by The Hardkiss in Ukraine’s selection last year

JAMES: For me the song is a touch dull, but her presence on stage saves it. I think a 6

BOGDAN: SunStroke Project are back with their saxophone! Relieving the glory days from Eurovision 2010?

BOGDAN: They said they hope the jury will give them maximum points for their show

JAMES: HE LIVES!! EPIC SAX GUY IS BACK!!

BOGDAN: Bit of a dance routine going there… that’s sure to be popular! 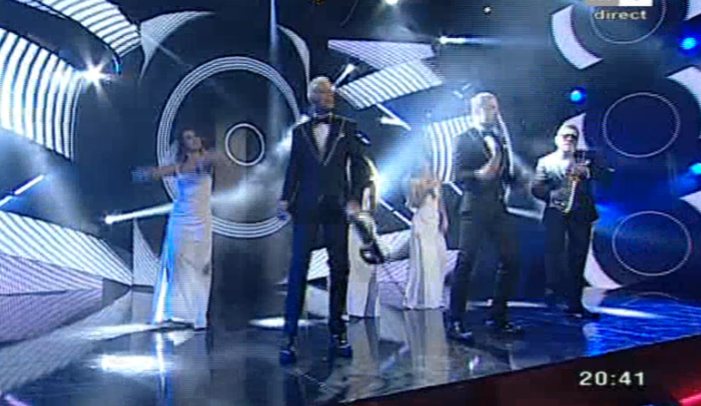 BOGDAN: It was enjoyable, but lacked a wow factor for me. 8

JAMES: Only 4 more songs to go! We’ve been on air for about 70 mins and already done 10 songs… Sanremo, I’m looking at you again!

JAMES: They look like they’re having a lot fun… and it’s only the semi final!

JAMES: Breath? It looks like she needs to, she looks quite unwell in all that grey!

BOGDAN: This is making me sad…

JAMES: Getting vibes of Eponine from Les Miserables…

BOGDAN: This is making me sad and I want to change the channel, but I can’t… I’m blogging it… 😥

JAMES: Bold and unusual ideas can sometimes pay off. This is not one of those times. Sorry Diana… even the audience seem a little uncertain after that one!

JAMES: 5 – for reminding me of Eponine!

JAMES: Ohh! I loved Nadia Moșneagu last year! So glad she is back, she has an amazing voice!

BOGDAN: Her song is “Never Give Up On Us”

JAMES: Not to be confused with the UK’s “Never Give Up On You” 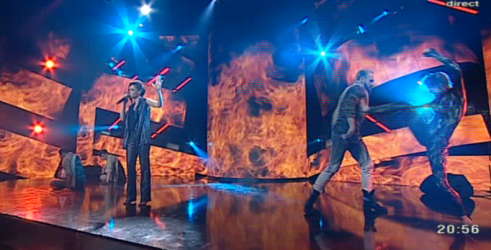 BOGDAN: Yet another rock ballad!

JAMES: I love the staging though! And her vocals are always amazing

BOGDAN: I think it’s quite middle of the road… a 6 from me

JAMES: I’m giving it an 8, I really like her 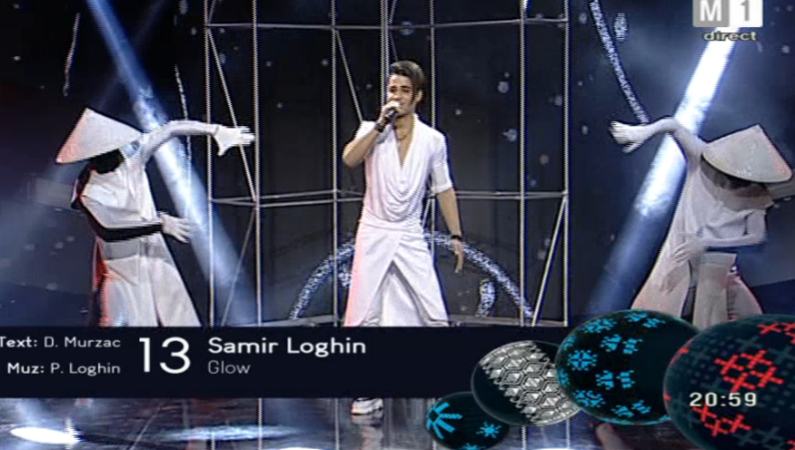 BOGDAN: Sounds like Asian reggae! Reminds me a little of Eric Saade… just a little bit

JAMES: This would stand out a mile in Kyiv!

BOGDAN: For Celebrating Diversity, I’ll give it a 6.5

BOGDAN: THE ONE are ordering us to “Dance”!

JAMES: I had to look twice that it wasn’t Nicky Byrne from Ireland! 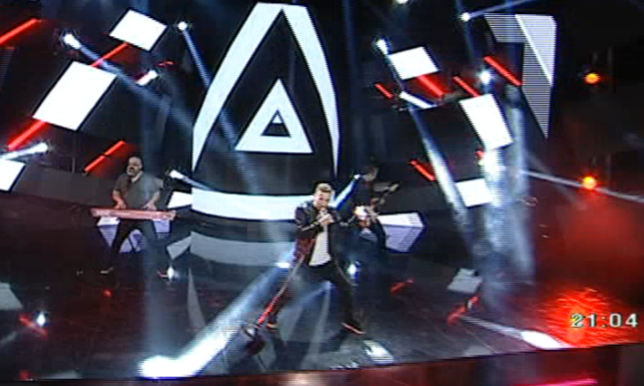 JAMES: For me, it’s trying very hard to be a bog dance anthem, but doesn’t quite make it…

BOGDAN: I agree… but he’s giving it his all at least! 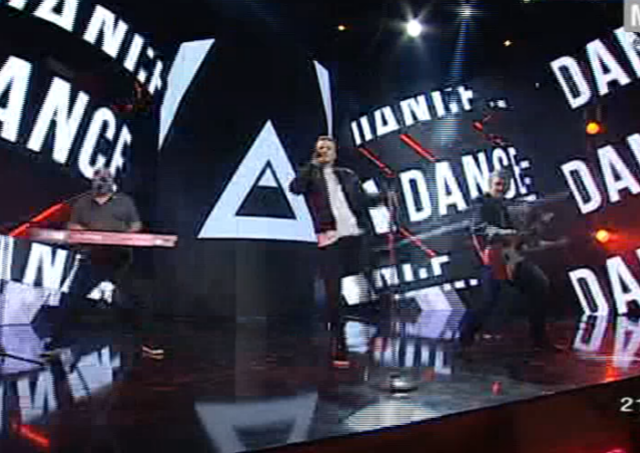 JAMES: It certainly was. A 7 from me for his energy!

JAMES: Back to the Green Room now to catch up with everyone

BOGDAN: It’s going to be interesting to see who makes it to tomorrow’s final, there are a lot of strong songs tonight

JAMES: Indeed there are, and we sped through them too! My fingers are aching from typing so fast to keep you all entertained – but it’s worth it for all you reading out there 😉

BOGDAN: I must say, I like how they’ve incorporated this year’s logo and made it Moldovan

BOGDAN: DoReDos singing for us now. You might remember them from last year’s contest

JAMES: They’re certainly fans of colour, all those swirling patterns!! Talk about “in glorious technicolour”!

JAMES: Reminds me a bit of the staging by NAVI Band from Belarus and their song for Kyiv. One of my personal favourites this year! ❤

BOGDAN: Ooops! Turns out we misunderstood! The jury tonight will vote for their favourite 4 who will advance to tomorrow night

JAMES: And we’re just about to find out who those acts are!

BOGDAN: SunStroke Project in the lead at the moment with the jury

BOGDAN: So our jury qualifiers are:

JAMES: And the full scoreboard is here:

BOGDAN: There’s going to be a recap of the songs that are still left, the the telephone lines will open for the Moldovan public to vote

JAMES: The following acts are still fighting for a place in the final:

BOGDAN: Will be interesting to see if the Moldovan public votes in a similar way to the jury

JAMES: Quick ad break, then the voting lines will open! Oooh, the suspense!

BOGDAN: Counting down to the televote opening!

JAMES: It’s a cool idea… shame no one has voted yet , we want to know what Moldova thinks! JAMES: Phew! Someone picked up the phone at last!

BOGDAN: Quite a few someones by the looks of it!

JAMES: Nadia Moșneagu is last?! HOW???

BOGDAN: I feel sorry for her

BOGDAN: The votes between 4th and 5th are getting really close!! Only 8 votes separate them!

JAMES: Isn’t it funny that 2 songs we were convinced wouldn’t qualify did?

BOGDAN: Yeah, that was a surprise… shows what we know!

JAMES: Ah, the joys of being a Eurovision fan!

JAMES: Moldova, your fate is sealed 😉

BOGDAN: Let’s see who else has made it to the final…

JAMES: Our new finalists are:

Marks & Stefanet – “Join Us In The Rain”

All the finalists together: 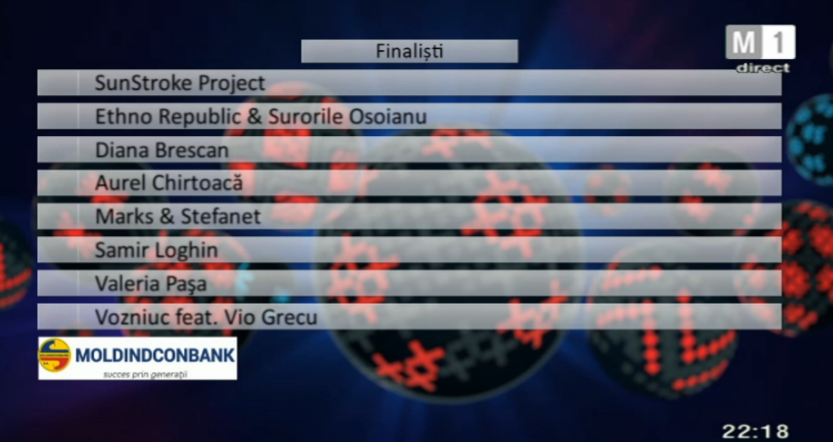 JAMES: Thank you all from both of us for joining us tonight, and see you tomorrow night for O Melodie Pentru Europa 2017 final!