Will Bosnia-Herzegovina be at Eurovision 2015? 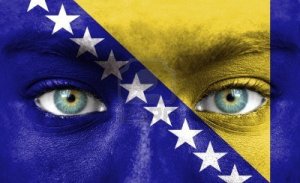 BHRT (National Broadcaster) announced today on their official website that they have been granted an extension on making their final decision on Eurovision 2015 participation until November 14th.

The broadcaster has confirmed that they have seen a dramatic reduction in the collection of TV fees/ licenses from the public in the first 9 months of 2014. This is placing challenges on the broadcaster financing a Eurovision entry.

However BHRT has said that they are committed to trying to make the trip to Vienna and are looking at a range of funding to this end.

Rumours have been circulating that Hari Mata Hari could be in contention to return to the contest after bringing the country to their best result in the contest – 3rd in 2006.