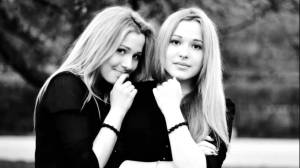 We told you earlier in the week that the Tolmachevy Twins would represent Russia at Eurovision in Copenhagen. This afternoon Rossiya 1 (Russian National Broadcaster) confirmed the news.

Despite political news regarding Ukraine, The Crimea and Russia dominating the news, the story of the Tolmachevy Twins representing Russia at Eurovision made the main News Bulletins on the TV station.

Furthermore in the above interview it is claimed that Russian Superstar Philip Kirkorov (Representative in 1995) who also produced the Russian entry in 2006 (Dima Bilan), Belarus 2007(Koldun) and Ukraine 2008 (Ani Lorak) has been approached for this year’s Russian entry along with Dimitri Kontopoulos who has worked with Azerbaijan 2013 (Farid Mammadov), Ukraine 2008 (Ani Lorak), Belarus 2007 (Koldun) and Greece 2009 (Sakis) on their stage performances.

Pardon the pun but the “Big Guns” have been approached to ensure that Russia put on a show in Copenhagen.

Will this help Russia overcome the media speculation surrounding the country’s politics and secure a win for them?