EBU Confirm Greece Have An Extended Eurovision Application Deadline for 2014 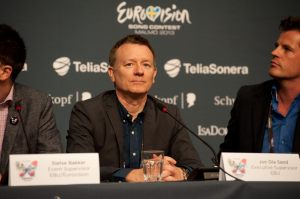 Eurovision Ireland reported this week that we believed Greece were making every possible attempt to take part at Eurovision 2014.

The newly formed Greek National Broadcaster NERIT, is working hard to get their application in place to apply for EBU membership. Today Eurovision Executive Supervisor Jon Ola Sand has confirmed that Greece has been given an extended deadline to apply for Eurovision participation.

“We are in close contact and we would really like to have the Greeks take part. I hope that we will find a solution, but this is not in place as yet. We have given them an extended deadline beyond the 22nd of November, which is the sign-up deadline”

November 22nd is the formal deadline for applications to be received from National Broadcasters wishing to take part at the Eurovision Song Contest 2014.

Denmark is hosting the 2014 Eurovision Song Contest following their win in Malmo this year.