SEE HERE : Loreen releases Official Video for “My Heart Is Refusing Me” 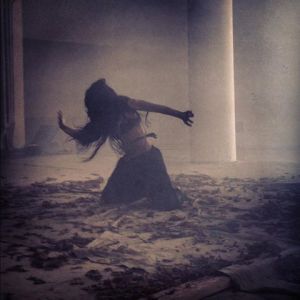 Loreen in the new Officil video for “My Heart Is Refusing Me”. Photograph Courtesy of UKMix.org

Eurovision winner 2012 – Loreen – has released today an official video for her 2011 Swedish Eurovision Selection song “My Heart is Refusing  Me”. It may seem strange that she is releasing a video for a song that is over 2 years old now, but her record company have re-released her debut album “Heal” this year and it looks like “My Heart is Refusing Me” could be getting another lease of life.

The video is not cheap by any stretch of the imagination, with reverse film photography used throughout. The video is certainly a much darker video than we are accustomed to from the Eurovision Winner. One could be mistaken that you were looking at the Swedish horror movie “Let The Right One In” where children find themselves in dark scenarios. It seems that Loreen is adamant to look more like Sadako from the Japanese horror movie “The Ring” – in every video and appearance that she makes.

Sadako From the film “The Ring”. Photograph Courtesy of BeyondHollywood.com

This video is dark. We see a girl of say 12 years old – is it Loreen from years gone past? Alone and wandering the gritty underground of Sweden where she comes across a rave set in a disused swimming pool. Set in darkness you could believe that the child and Loreen are vampires as they only seem to come to life at night. Loreen and child dance in tandem though not together. The adult crowd at the rave lose control and appear to overdose as does the young child. Falling to the ground she dies – yet comes back to life and is then adult Loreen.

Certainly not “Euphoric” in style or appearance but far more interesting. The song has had a remix and sounds much more cohesive and energetic (despite the lyrical content) than it first sounded at Melodifestvalen in 2011. Are we set to see this in the charts this year to the same extent as “Euphoria”?

Tagged as: Arts, Eurovision Song Contest, Let The Right One In, Loreen, My Heart Is Refusing Me, Ring, Sweden, Video