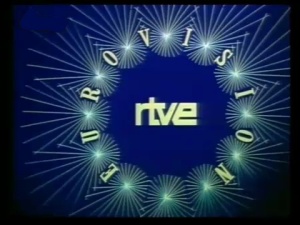 Spanish Broadcaster RTVE/TVE has announced that it will NOT broadcast Semi Final 1 of Eurovision this May and only show Semi Final 2 that Spain will be voting in, plus the Grand Final that they are competing in. In a statement Ms Montse Abbad, Director of Content and Programming at  TVE, on the Ombudsman program “Spectator” confirmed that as in 2012 TVE will only broadcast the second semifinal, where Spanish viewers may vote, and the final. However no reason was given as to why Semi Final 1 would not be broadcast.

It was acknowledged that thousands of requests from Eurovision fans from Spain and abroad were received by RTVE but still no reasoning provided for the omission of Semi Final 1 from their live broadcasts. We think that this decision poses some questions that should be discussed – especially by you the Eurovision Fans

1 – Are the countries that are competing in Semi Final 1 at a disadvantage from those that will qualify from Semi Final 2 whom will be receiving votes from Spain? It is no secret that millions of spectators tune into the Eurovision for the live shows and may not have followed the national selections in the run up to Eurovision itself. Therefore one could argue that those countries that are shown in Semi Final 2 will be more familiar to Spanish Eurovision viewers and may be more recognizable. When it comes to the final this could see the songs that Spain already voted on gaining an extra televote placing. If Eurovision is a close voting year then 1 or 2 points could make all the difference. Just look at 1968, 1969, 1988, 1991 or 2003 where 1 or 2 points could have changed the Eurovision winning song.

2 – Should the EBU allow RTVE to be a in the Big 5 if they continue down this path of not broadcasting all the live Eurovision shows? Yes TVE may contribute more to the Eurovision and EBU funding than most other countries, however it is also necessary that the Big 5 have large viewing audiences to warrant their Automatic Grand Final position. Well if TVE cannot guarantee showing the full 3 shows should their automatic placing in the Final be continued? Russia has expressed interest of being one of the bigger contributors to Eurovision/EBU. Could or should they take RTVE’s place in the Big 5?

3 – How can a national broadcaster again not provide a reason to the thousands of requests they have received from the general public asking why they are not showing all 3 Eurovision Shows? Surely the public are the people who make the Broadcaster what it is by tuning into their stations and broadcasts? Is this being ignored by RTVE? Should the fans who have taken the time to write to the broadcaster be at least provided with an explanation for the decision not to show all 3 Eurovision Shows?

We would certainly welcome and appreciate if Ms Montse Abbad would like to talk to us here at Eurovision Ireland about RTVE’s decision not to broadcast Semi Final 1 of this year’s Eurovision Song Contest, as we have had well over a thousand requests to our site to try and find the reasoning to this decision.

As we had already written there is a Spanish Fan page that is seeking RTVE to broadcast all 3 Eurovision Shows. You can find all the details here.

Tell us what your views are on RTVE’s decision to not broadcast all 3 Eurovision Shows?