Greece 2014 : Eurovision Prediction is that Greece will be in Copenhagen

Europe had written Greece off as a possible entrant at Eurovision 2014. However news we are receiving is that there is a strong possibility that Greece will be in Copenhagen. With the closing of the Greek National Broadcaster ERT – it was feared that Greece would not be […]

GREECE : Watch Sakis star in a Greek Tragedy and listen to his new song

2 time Greek Eurovision Entrant and Eurovision Presenter, Sakis Rouvas, is back in one of his most challenging roles to date. We always thought Sakis was a “Greek God” but now it is official. He now stars as the ancient God “Dionysus”  – The God of Fertility and […] 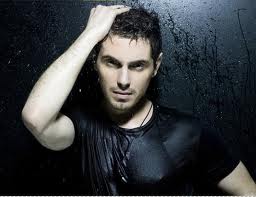 Eurovision 1998 Mixalis Xatzigiannis represented Cyprus with the song “Genesis” and placed 11th in the contest. Since Eurovision Mixalis has gone on to become one of the biggest recording stars in Greece and Cyprus. Forbes magazine has even remarked on Mixalis as being the 22nd most influential person in […]

Wednesday 6 February at 12.30 CET in Athens,the 4 Greek finalist will be introduced to the media at a press conference. MAD TV and ERT (Greek National Broadcaster) will introduce the four songs of the Greek preselection. The press conference will not be broadcast live but ERT and MAD TV […]