BIRTHDAY: Lise Haavik from Denmark is 57 today It’s a common thing that countries don’t always pick a national when they’re deciding who should sing for them. That’s down to the country concerned, whether it’s right or wrong. Some places had almost no national singing for them. Sometimes […] 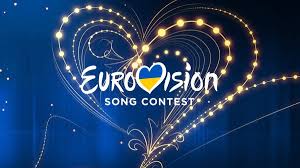 UKRAINE: Live blog of Vidbir 2019 Final from 18.00 CET Ukraine has been quietly moving through semi-finals to select an entry for the 2019 Eurovision Song Contest. Tonight is the big final. Six acts will compete for the golden ticket to Tel Aviv. You know how things work. […]

FINLAND: Darude reveals third and final UMK song As we know, Uuden Musiikin Kilpailu is the Finnish selection for Eurovision. This year, Darude and Sebastian Rejman will be carrying hopes and sending one of three songs. Today we heard the third, called Look away. Here it is. The first […] 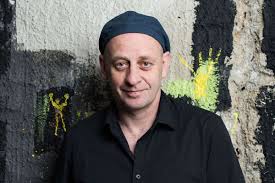 BIRTHDAY: Alf Poier from Austria is 52 today Eurovision is full of wonder. I often wonder why Schlager is so popular. Or why Carola is so popular. Or even why we never see Monaco anymore. But what also makes me wonder sometimes is why certain countries pick certain […]

#EDITORIAL: How do you pick a song?

EDITORIAL: How do you pick a song? Don’t worry, we’re not using a certain Norwegian in this editorial, as we know small children sometimes read our work. You may have read around the Internet about the selection processes of certain countries. We at EI think this needs to […]

BIRTHDAY: Phil Coulter is 77 today Today’s a different birthday. It’s not always about the singers, although they’re the people you associate with any given song. There’s a whole team behind them. We shouldn’t forget that our favourite TV show a songwriter’s contest. So today it’s the birthday […] 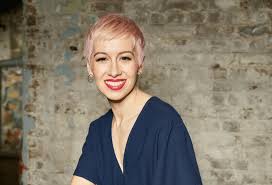 #BIRTHDAY: SuRie from the UK is 30 today

BIRTHDAY: SuRie from the UK is 30 today You might be a little weary of Eurovision after super Saturday – and Sunday. Or you might be wanting more and more and more. And did you spot one of Saturday’s winning song titles? And that tenuous link brings me […]

BIRTHDAY: Elhaida Dani from Albania is 26 today Just occasionally a song passes me by completely. It’s not a bad song, or a silly song. It might just be unfortunate enough to be in a contest with more memorable songs. I’ll stop digging a hole for myself now. […]

ESTONIA: Interview woth Victor Crone Eurovision Ireland caught up with Victor Crone after his win at Eesti Laul 2019. He tells us about his evening’s experiences, his thoughts on Tel Aviv, and – that most important of questions – the sweet stuff. Victor has co-written Storm with Stig […]

BIRTHDAY: Joël Prévost from France is 69 today We have one of those home entries again today. You know what happens. Your desire is to represent your country. You try every year, getting closer each time. And what happens when you win the golden ticket? You travel all […]

ESTONIA: Interviews with Eesti Laul 2019 performers Eurovision Ireland has been lucky enough to get access to the artists performing in Eesti Laul 2019. We caught up with six acts for short interviews. Find out about inspiration, family and eating habits. Do you have a favourite to win […] 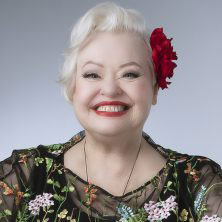 BIRTHDAY: Anneli Saaristo from Finland is 70 today What’s your favourite decade of Eurovision? There are so many to choose from. It’s true that some decades have more songs than others. But quantity doesn’t always mean quality. I really like the 1980s. It was a smaller pool of […]

#POLAND: Tulia to represent their country in Tel Aviv

POLAND: Tulia to represent his/her/their country in Tel Aviv Poland has dispensed with a national final this year, and broadcaster TVP has chosen their representative internally. At a recent it announced, TVP revealed that Tulia will sing at the 2019 Eurovision Song Contest in Tel Aviv. Patrycja Nowicka, […]

BIRTHDAY: Anita Thallaug from Norway is 81 today It’s about time we had a song in black & white. Some people forget that there were contests before 2000, and there’s a rich seam of good music buried in the 20th Century. All you have to do is look […]