Editorial : Will Russian Political Action Affect Your Vote for the Russian Entry at Eurovision? 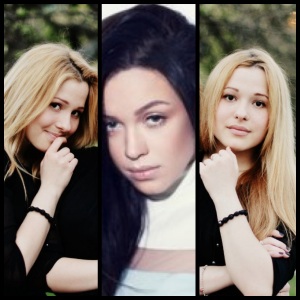 Question : Will Russian Political Action Affect Your Vote for the Russian Entry at Eurovision?

Now before I get one thousand emails into my inbox  – YES I know that Eurovision is not a political vehicle and is a contest that involves broadcasters and not governments. I agree, but for the average Eurovision viewer that will tune into the show in May, will this not be something that will be playing on their mind as they decide who to vote for?

If you look at the songs that have been selected this year for Eurovision, it is clear that they have been influenced by many current artists from Mumford and Sons to Robin Thicke to Rudimental. It is clear that modern culture has had an impact on Eurovision musical tastes this year for sure. It is therefore no Sandra Bullock defying “Gravity” step – that people may take the round the clock news coverage of the growing Russian and Ukrainian political situation into consideration when voting at Eurovision?

It is surely implausible to think that people will forget their views and beliefs on the current European political situation for those 3 hours on a Saturday evening? Just as some people had already made up their mind on Conchita Wurst being at Eurovision and commented that no matter how good the Austrian entry was, they would not vote for Conchita or an act like her at Eurovision.

It was indeed strange to see that Russia had planned a large “open” (ironic choice of word) National Final only to delay the show and then ultimately scramble to find a last-minute internal selection. It appears from local media that the usual big Russian names of entertainment were not interested in going to the contest this year. Even the Russian Army Choir who had been intent of making it to the contest were not either selected or ready to go to an International event in this climate.

So what of the Tolmachevy Sisters who have been brave enough to step up to the plate and potentially take one for the Russian team? Lets hope that the score better than their Ice Hockey compatriots. Is it fair that they will become the political face of Russia at a non political event like Eurovision? If the current political situation continues as it is now, then it is certain that their press conferences will be loaded with political questions for the young Twins. Is it right that they should be held accountable for what their government’s actions?

With respect to the sisters, they may have won Junior Eurovision in 2006 but they have not made the transition to adult stars in Russia yet. So is it right that an internal selection should send 2 relatively unknown young singers take the full force of the International media at Eurovision. For anyone who has been in the press centre knows that it can see some challenging questioning from news agencies that really call for strong media savvy performers to be aware of.

However there is another view that one could take on this situation! There is a vast Russian diaspora across Europe. With recent political events and the condemnation by the international community, might this actually rally them to vote and support their Russian representatives at Eurovision? Might it also see them not vote for other countries that have started to impose restrictions/sanction on Russia for their political actions? Could Germany, Italy, the United Kingdom and France be singled out for opposing Russia and suffer a drop of potential votes?

What will be interesting to see is how this political situation plays out on the cultural Eurovision stage. Is this the collapse of the myth of “Block Voting” – which really does not exist if you look at the statistics – but will old allegiances be forgotten and new ones formed? Also worth thinking how will former USSR states view the current situation between Russia and Ukraine? if no votes from Azerbaijan to Russia last year at Eurovision made its way to the parliaments of both countries, how will they react this time around?

The recent Winter Olympics in Sochi – of course a sporting event – were spoken of in the same breath as politics on every sports broadcast, so it is no surprise that the same can be expected at Eurovision this May when speaking of the Russian and Ukrainian entries. The fact that they are both in the same semi final will add considerable fuel to the competition. If you go through most of the threads on Eurovision fan sites there are countless political comments as opposed to critiques of the Russian song.

What will the audience reaction in the Eurovision arena be for Russia and Ukraine be like? If people booed Ireland for our singing Turkey in 2008, could we be in for a similar reaction? Could Ukraine get a rapturous applause like Bosnia-Herzegovina got in Dublin in 1994? Could this be the first time that Russia fails to qualify for the Grand Final at Eurovision? Or is this just a “Silent Storm” in a teacup that will see politics forgotten for at least one night?

So I ask you the question again. Will Russian Political Action Affect Your Vote for the Russian Entry at Eurovision?