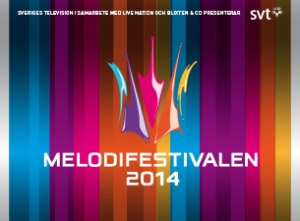 Melodifestivalen 2014. Our Jury Votes are In. Photograph courtesy of SVT

You still have some time to vote in our Public Vote – Hurry as we will be closing the lines in an hour. Vote Here

Our Jury Votes are now in.

Who were our Jury members?

We will add in the Public vote at 18:00 (CET) to give a complete Prediction on who will win Melodifestivalen 2014.